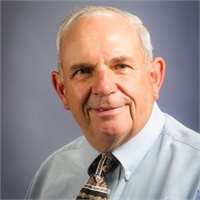 Earl Joined Williams Capital Corporation in 1987 and has over 40 years of experience in accounting and income taxes. His vast experience and expertise are a true asset to the firm and its clients. Prior to joining the firm, he worked for the IRS for 11 years as a tax auditor/ revenue agent. In addition, Earl served his country in the U.S. Army from 1965-1968. After attending Officer Candidate School for Combat Engineers, he was commissioned as a 2nd Lieutenant in 1966. He served in the Republic of Vietnam from July 1967 to August 1968 and was awarded the Bronze Star for Service, a Commendation Medal and a Good Conduct Medal. Earl’s mission is to continue to advise and serve Williams Capital Corporation, its staff and its owner Lynn Williams, in any capacity that is needed.

Earl earned his B.S. in Business Administration from Elmira College in 1973. He was an Enrolled Agent from 1987-2006 which is the highest credential awarded by the IRS and allowed him unlimited practice rights, nationwide, to represent clients before the IRS. He is a member of the Board of Directors for the Big Flats Historical Society and the Co-President and Treasurer.

Earl was born in Elmira and has resided in Big Flats, NY his entire life. He graduated from Horseheads High School in 1962. He has been married to his wife, Sally, for 47 years and has one child. Earl is an avid golfer and in his free time, he enjoys outdoor activities with his three grandsons.