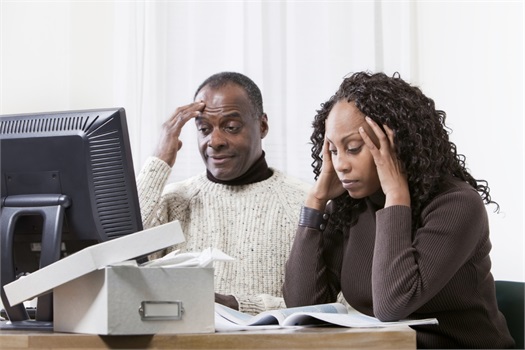 If you give away money or property during your life, those transfers may be subject to federal gift tax and perhaps state gift tax. The money and property you own when you die (i.e., your estate) may also be subject to federal estate taxes and some form of state death tax. You should understand these taxes, especially since the passage of the Economic Growth and Tax Relief Reconciliation Act of 2001 (the 2001 Tax Act) and the Tax Relief, Unemployment Insurance Reauthorization, and Job Creation Act of 2010 (the 2010 Tax Act). The 2001 and 2010 Acts contain several changes that are complicated and uncertain, making estate planning all the more difficult.

Under pre-2001 Tax Act law, no gift tax or estate taxes were imposed on the first $675,000 of combined transfers (those made during life and those made at death). The tax rate tables were unified into one--that is, the same rates applied to gifts made and property owned by persons who died in 2001. Like income tax rates, gift and estate tax rates were graduated. Under this unified system, the recipient of a lifetime gift received a carryover basis in the property received, while the recipient of a bequest, or gift made at death, got a step-up in basis (usually fair market value on the date of death of the person who made the bequest or gift).

The 2001 Tax Act and the 2010 Tax Acts substantially changed this tax regime.

However, many gifts can still be made tax free, including:

A small number of states also impose their own gift tax.

Note: Under the 2001 Tax Act, the federal estate tax was scheduled for repeal for one year in 2010. The 2010 Act reinstated the tax in 2010 with an applicable exclusion amount of $5 million and a top tax rate of 35 percent. An estate of a decedent dying in 2010 can elect to have the estate tax not apply, but a modified carryover basis would then apply instead of the step-up in basis.

The federal generation-skipping transfer tax (GSTT) taxes transfers of property you make, either during life or at death, to someone who is two or more generations below you, such as a grandchild. The GSTT is imposed in addition to, not instead of, federal gift tax or federal estate tax. You need to be aware of the GSTT if you make cumulative generation-skipping transfers in excess of the GSTT exemption, $5 million in 2011 and 2012 (plus indexing in 2012), scheduled to be $1 million as indexed in 2013. The GSST exemption in 2017 is $5.49 million. A flat tax equal to the highest estate tax bracket in effect in the year you make the transfer (35 percent in 2011 and 2012, 55 percent in 2013 and currently 40 percent in 2017) is imposed on every transfer you make after your exemption has been exhausted.

Note: Under the 2001 Act, the GSTT was scheduled for repeal for one year in 2010. The 2010 Tax Act reinstated the GSTT for 2010 with a GSTT exemption of $5 million, but applied a zero percent tax rate to GSTs in 2010. GSTT exemption should generally be allocated to generation-skipping trusts created in 2010 if the trust will have GSTs in years after 2010.

Note: The GSTT exemption is the same amount as the applicable exclusion amount for estate tax purposes in 2011 and 2012.

Some states also impose their own GSTT.

The three types of state death taxes are estate tax, inheritance tax, and credit estate tax, which is also known as a sponge tax or pickup tax.

Broadridge Investor Communication Solutions, Inc. does not provide investment, tax, or legal advice. The information presented here is not specific to any individual's personal circumstances. To the extent that this material concerns tax matters, it is not intended or written to be used, and cannot be used, by a taxpayer for the purpose of avoiding penalties that may be imposed by law. Each taxpayer should seek independent advice from a tax professional based on his or her individual circumstances. These materials are provided for general information and educational purposes based upon publicly available information from sources believed to be reliable. We cannot assure the accuracy or completeness of these materials. The information in these materials may change at any time and without notice.

Material discussed is meant for general illustration and/or informational purposes only and it is not to be construed as tax, legal, or investment advice.  Although the information has been gathered from sources believed to be reliable, please note that individual situations can vary therefore, the information should be relied upon when coordinated with individual professional advice. Past performance is no guarantee of future results. Diversification does not ensure against loss. Source: Financial Visions, Inc.